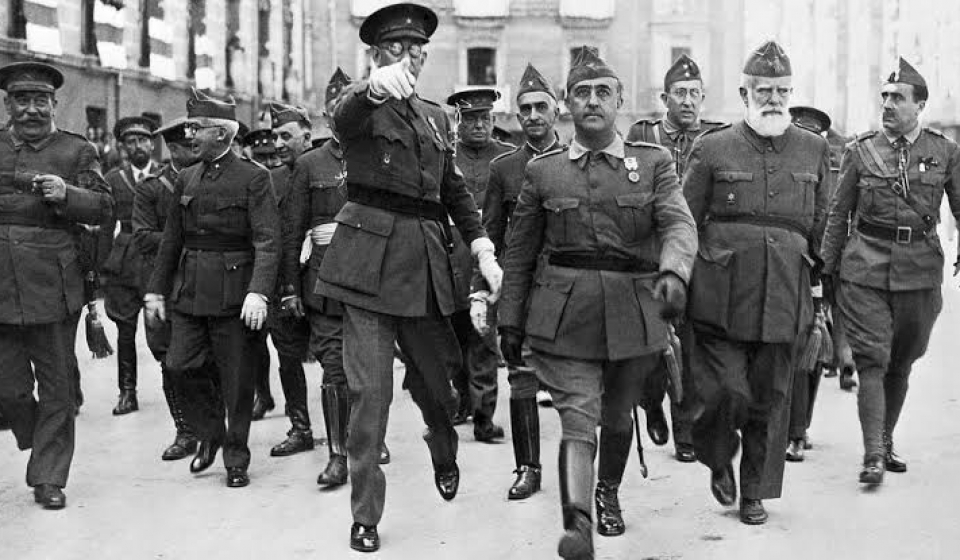 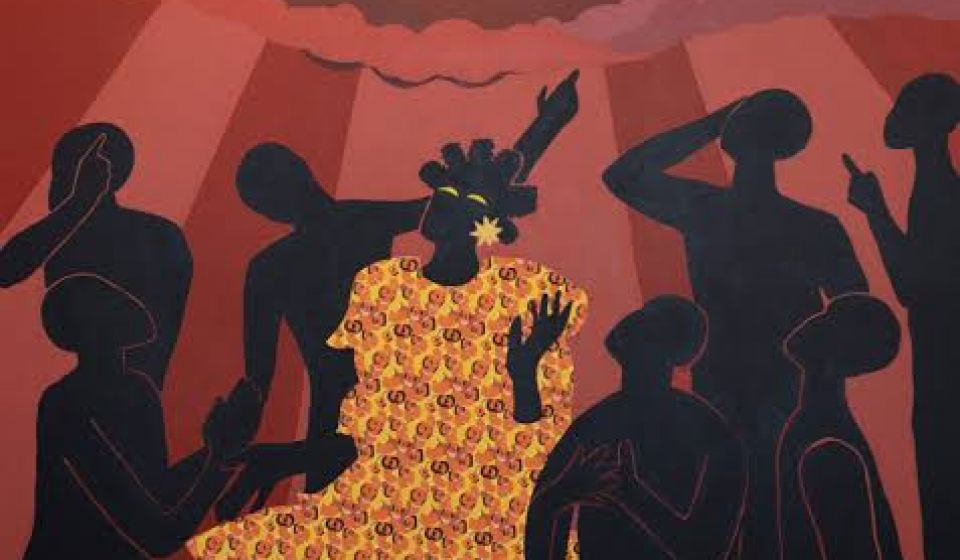 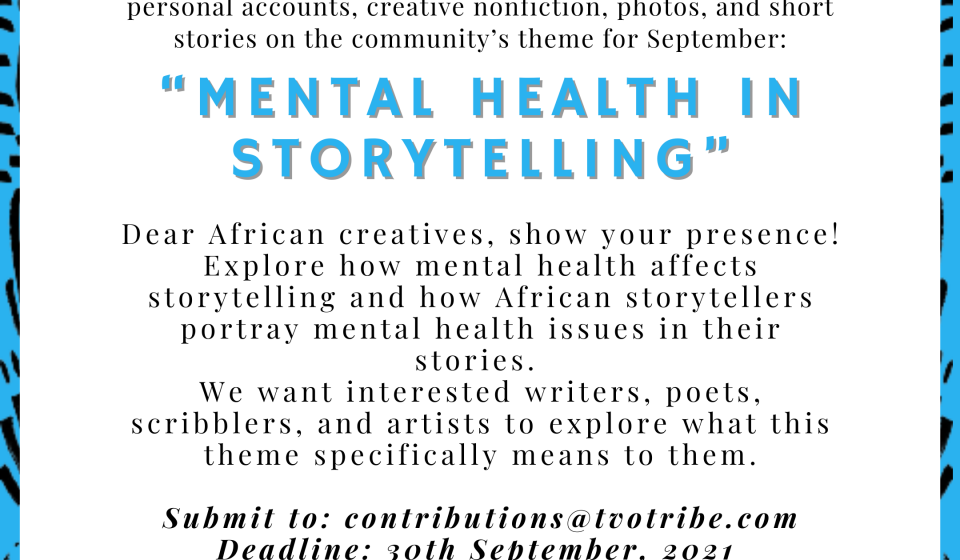 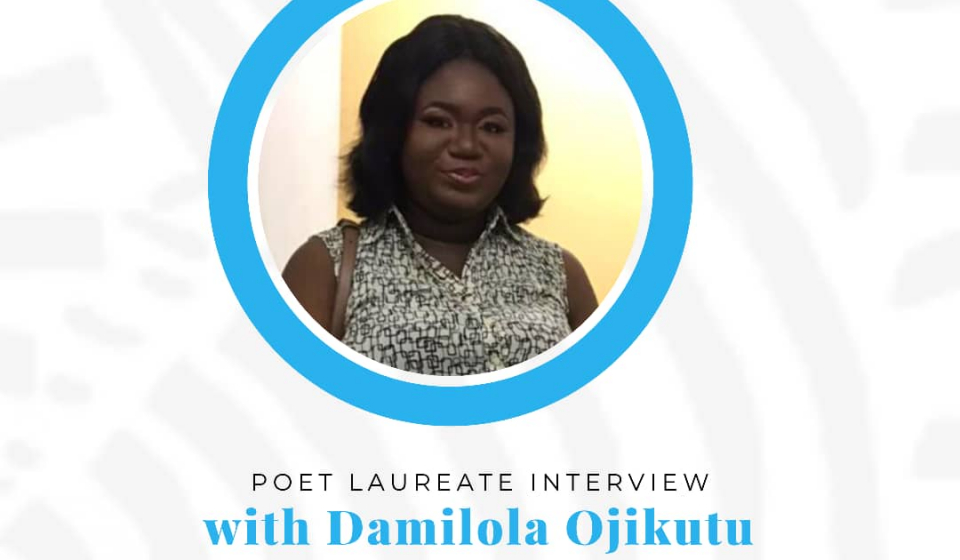 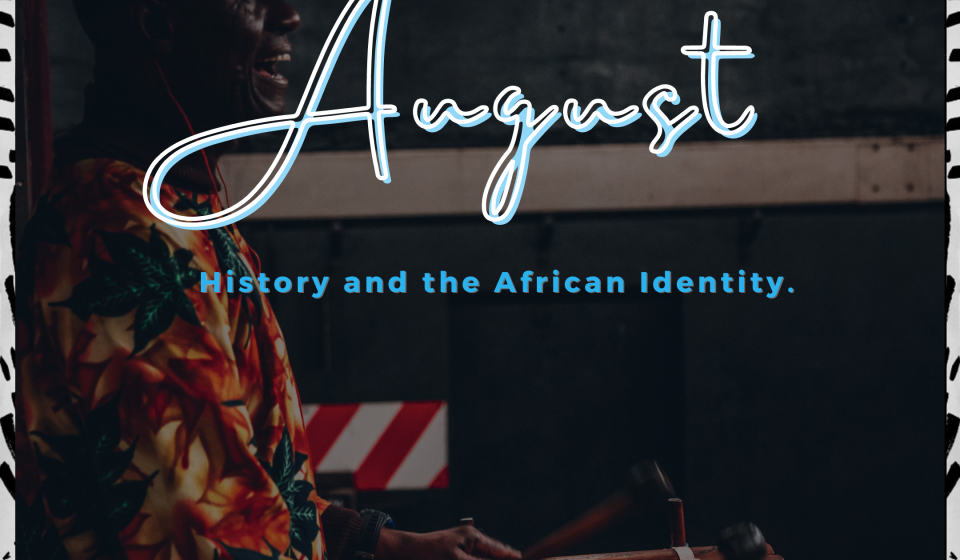 August 4, 2021 August: History and The African CreativesCall for Submission 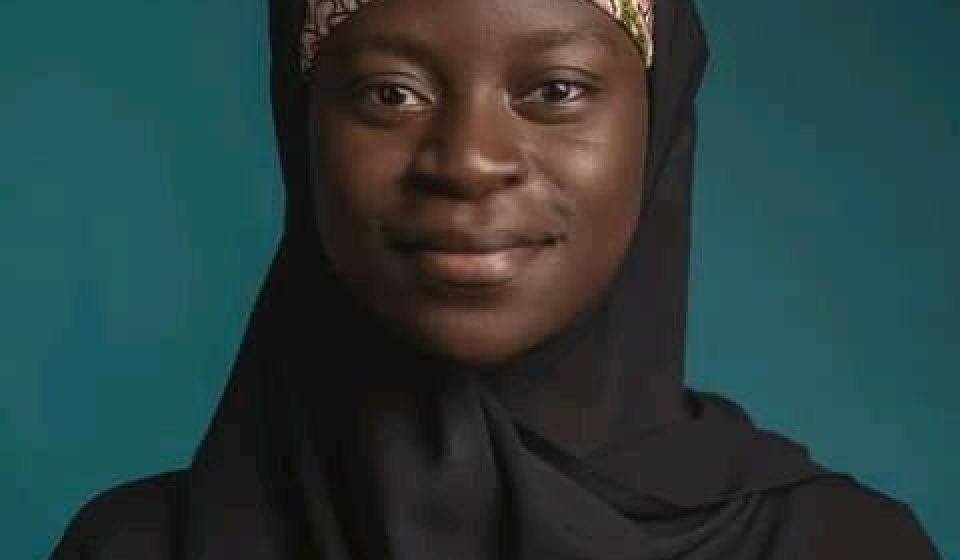 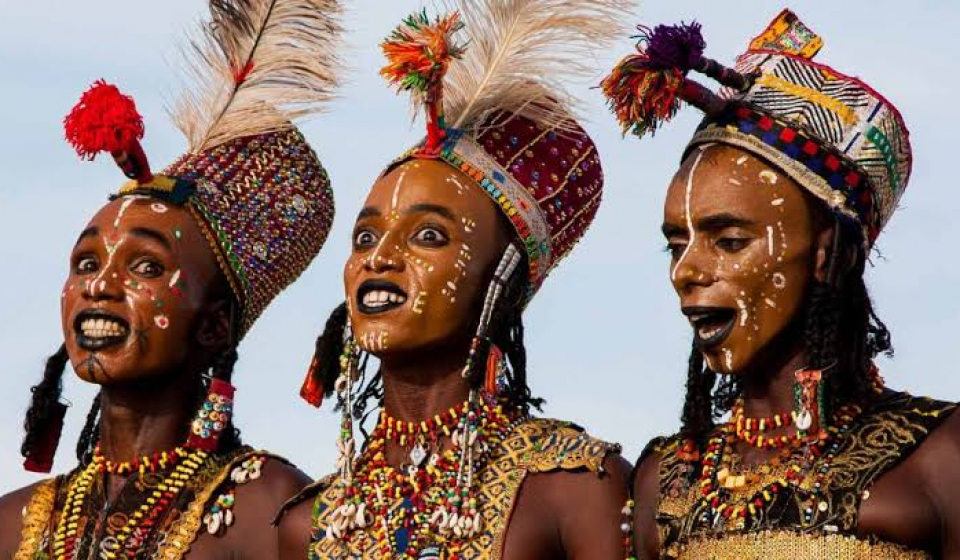 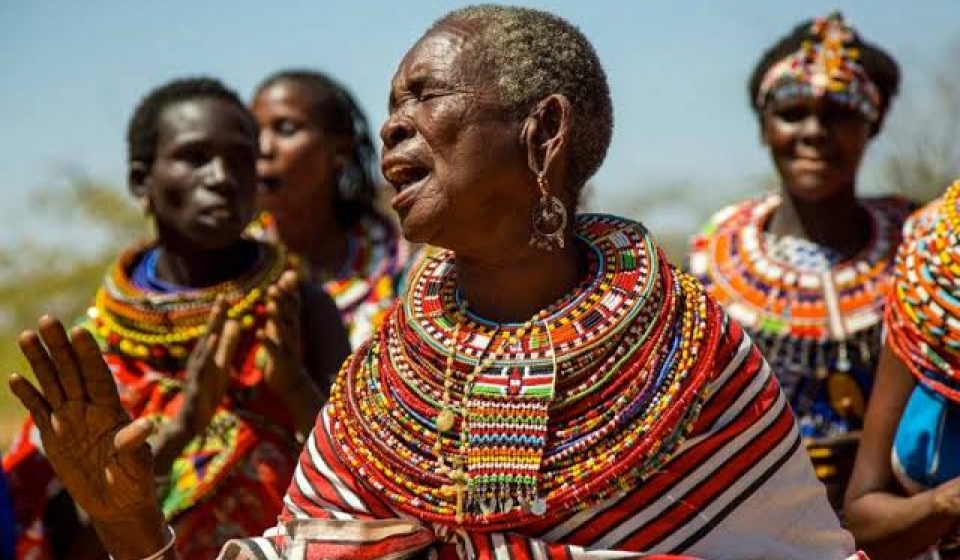 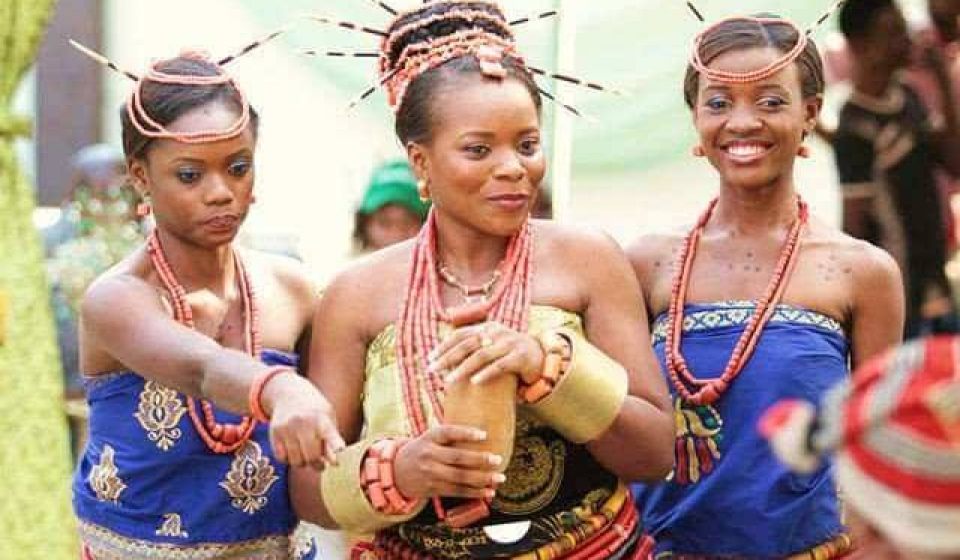 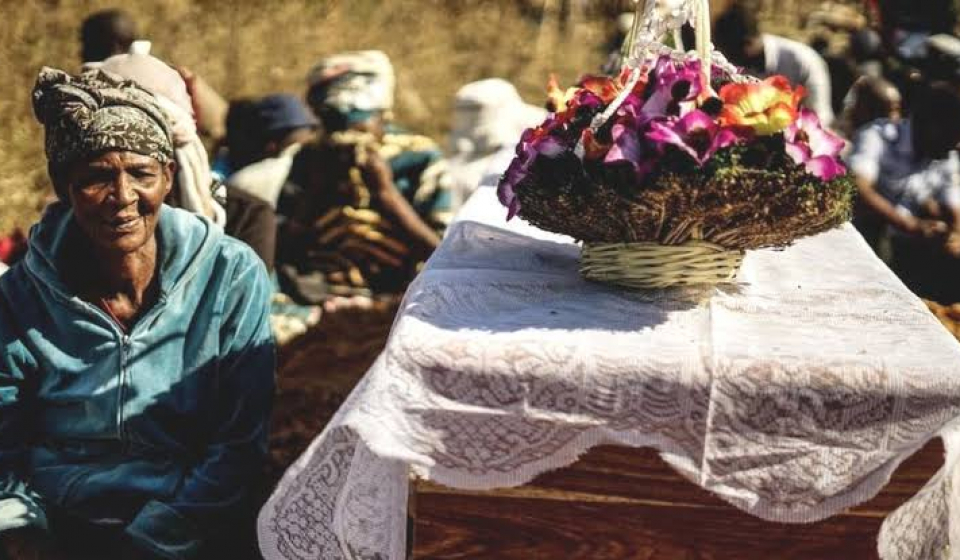 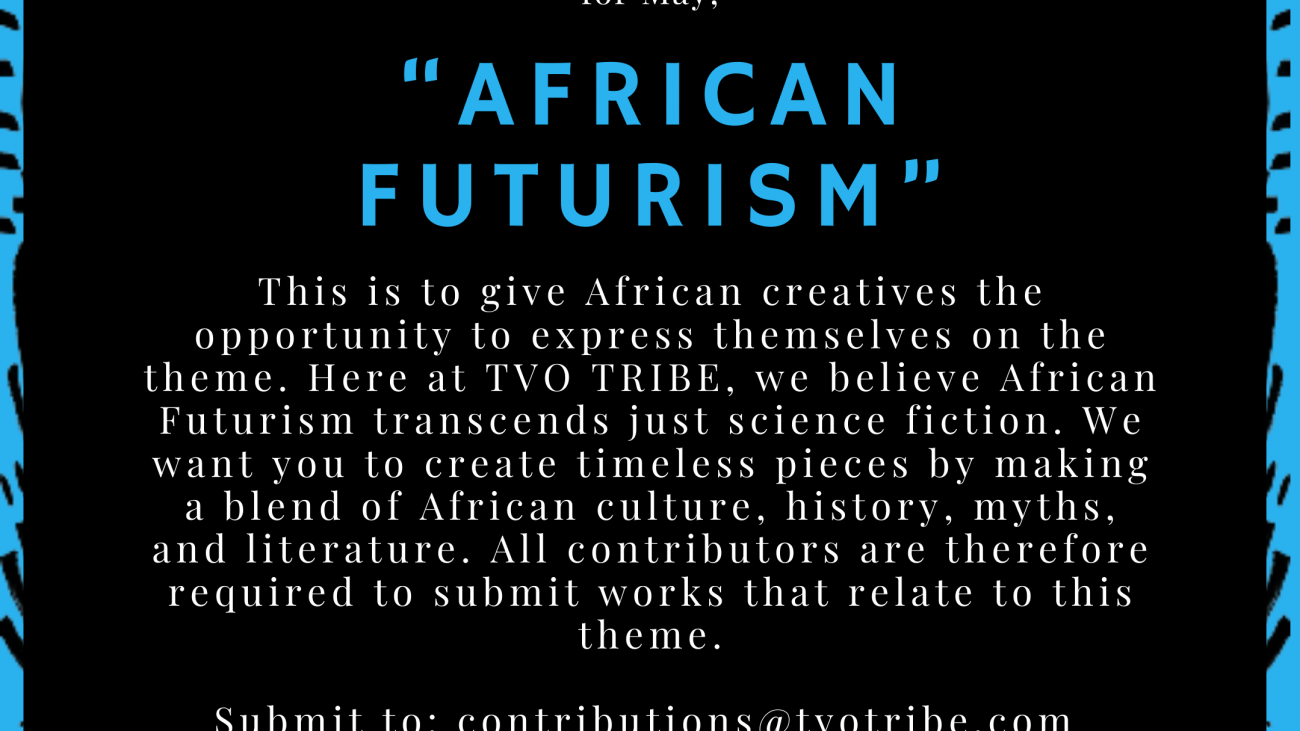 Nnedi Okorafor defines Africanfuturism as “a sub-category of science fiction that is similar to ‘Afrofuturism’ but more deeply rooted in African culture, history, mythology, and point-of-view as it then branches into the Black diaspora, and it does not privilege or center the West.”

We believe Africanfuturism transcends science fiction. We want interested writers, poets, scribblers, and artists to explore what Africanfuturism specifically means to them. Do you think Africa is evolving or not? What are your projections for Africa? We want you to create timeless pieces by making a blend of African culture, history, myths, and literature.

In the month of May,

TVO tribe will be talking about Africanfuturism. We will attempt to explore all of its mysterious depths and lay bare its many hidden layers. You are an important part of this discussion, and so we urge you to join us.

Dissect this theme with us.

Write your opinions laden with facts about Africanfuturism, express yourself artistically by making submissions relating to the theme. Write to us aesthetics, contents, and everything that lies in between. TVO TRIBE is a safe space and we are open to everyone. We accept articles, poems, personal accounts, stories, creative nonfiction, and photos that relate to the theme.

We want to read your fears, the things that please you, your beautiful writings, the ones that are stuck in your throat like a fishbone. Show us the pieces you think are deviants and the ones that conform to rules. Send us everything you have!

We encourage you to be as expressive as possible, stylistically pleasing while creating aesthetic pieces as your submission. Please check our submission guidelines for further details. 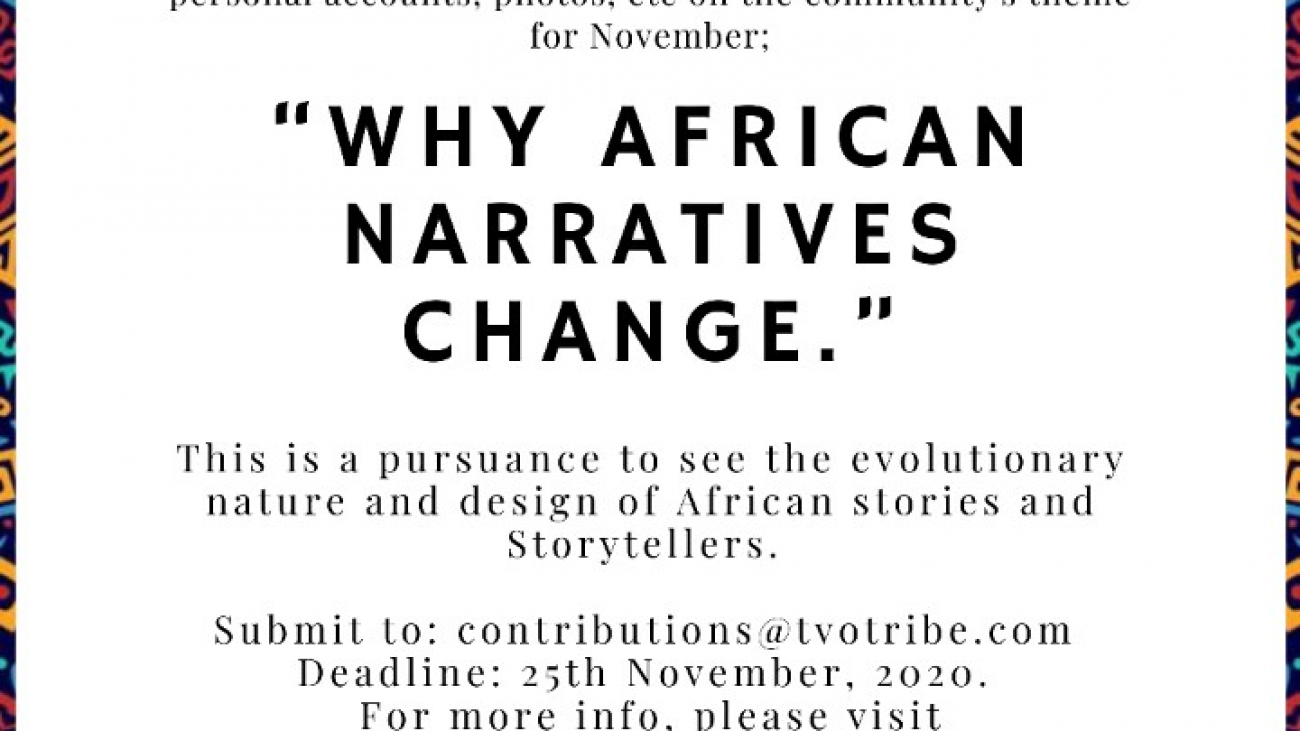 This is a pursuance to see the evolutionary nature and design of African stories and Storytellers.

All contributors are therefore required to submit works that relate to this theme.

We accept submissions in the following categories:

• You’re allowed to submit to one category only.

• Please include TITLE and CATEGORY in your submission.

• Ensure that your submission is properly edited before submitting it.

• Our editors will revert to selected unpublished writers on areas of improvement in their work.

• Due to the number of entries we receive, only selected authors will be on our website.

• Your work must be thoroughly edited before being uploaded. We will in turn edit selected entries to suit the publication.

• We ONLY accept works by members of our writer’s community (join us).

• We ONLY accept MS word documents. 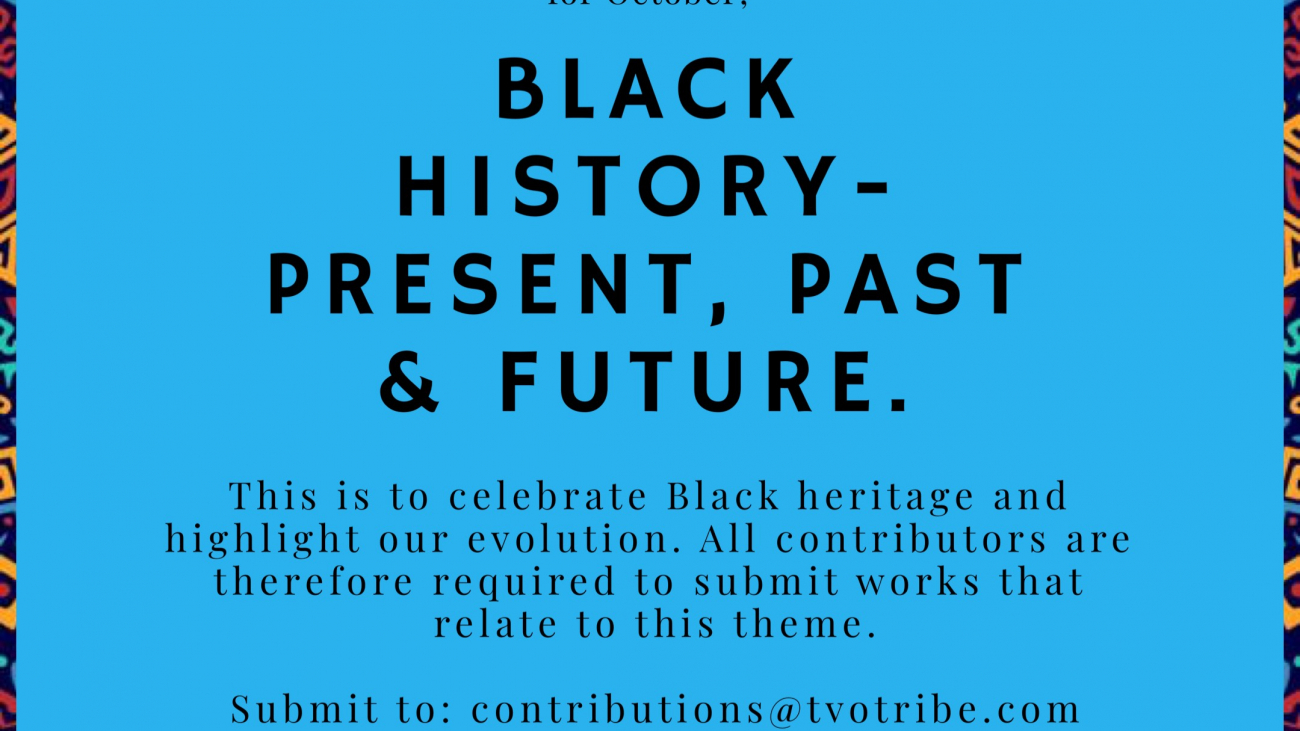 This is to celebrate our Black Heritage and highlight our evolution. All contributors are therefore required to submit works that relate to this theme. 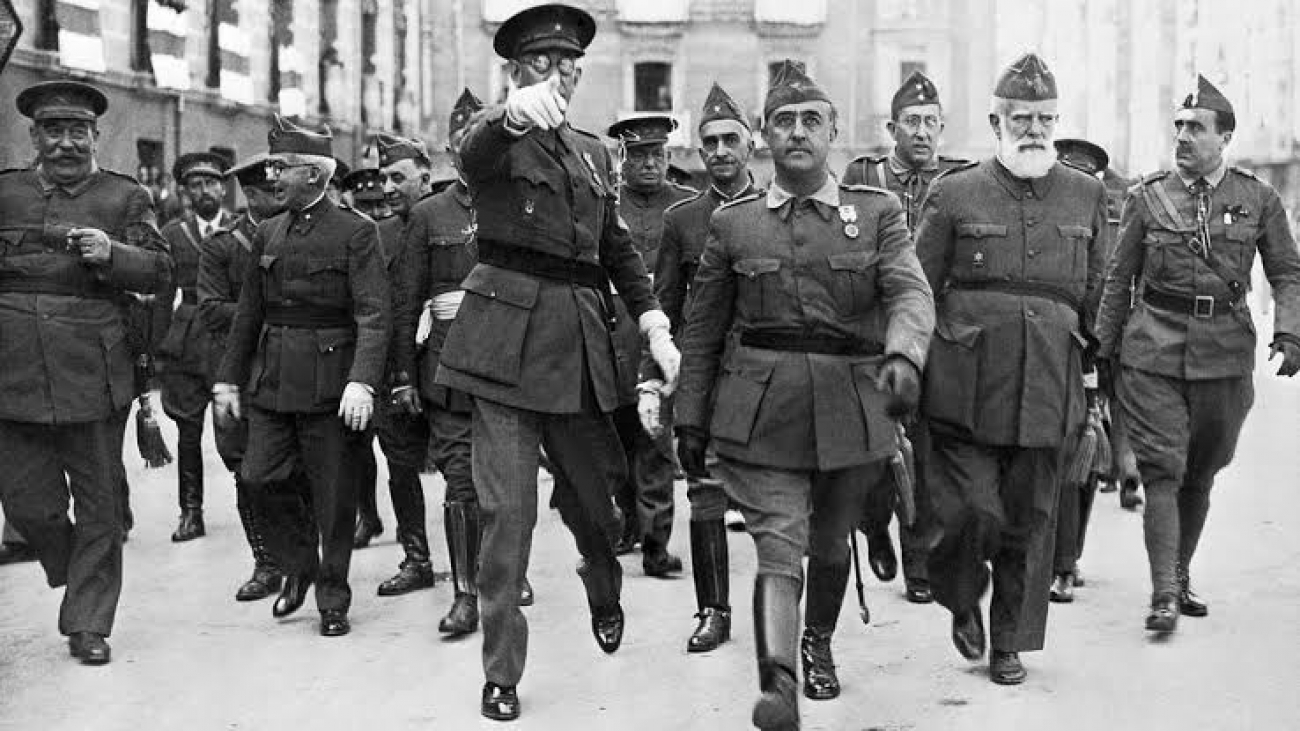 Moh:
sway with me before this altar,
left leg first… and then the right,
as we sink into this abyss￾the ònàkakañfò facade. 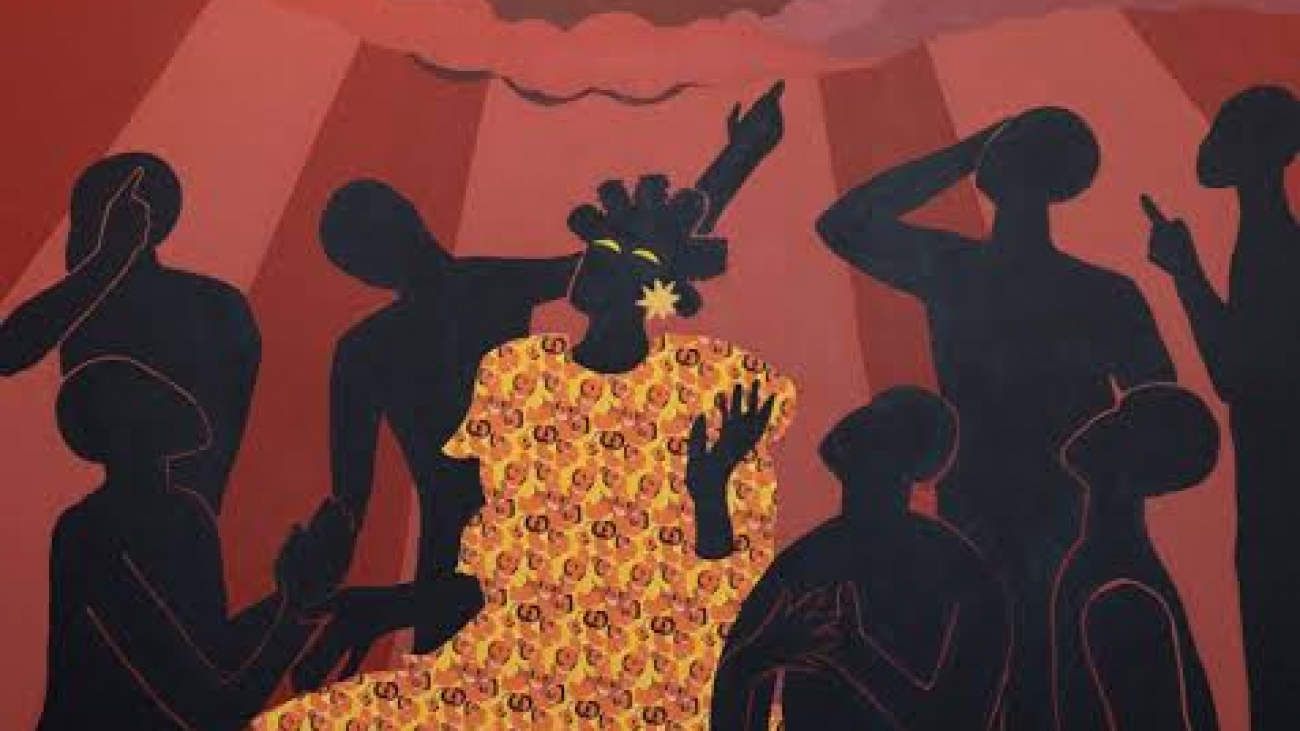 by TVOTRIBE with No Comment September: Mental Health Storytelling

mankind will come to call her mother,
yet, she is an ancestor to few.
now, for a mother of few to become a mother of many
the motion for adoption is moved. 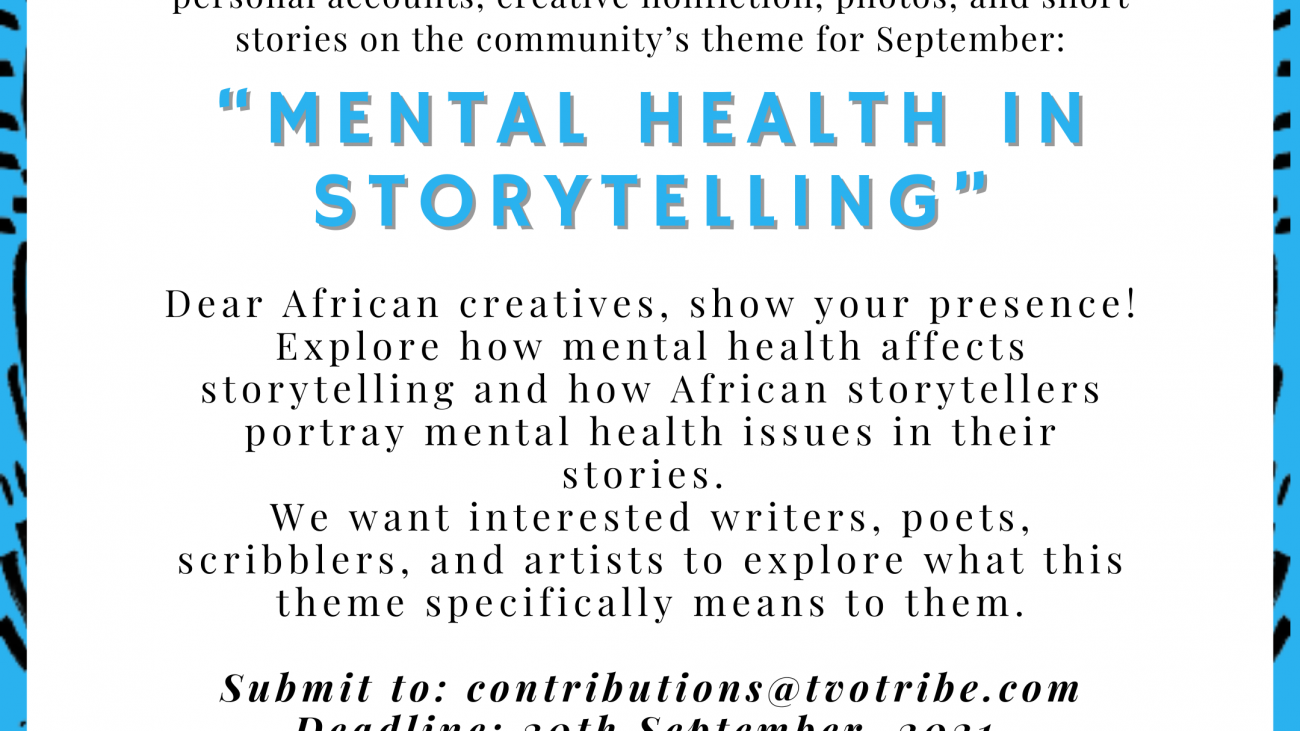 by TVOTRIBE with No Comment Call for SubmissionSeptember: Mental Health Storytelling

Do you have reservations about the way African creative discuss mental health? What is your opinion about mental health issues and do you think this affects the way we tell our stories? We want you to create timeless pieces by making a blend of mental health and storytelling. 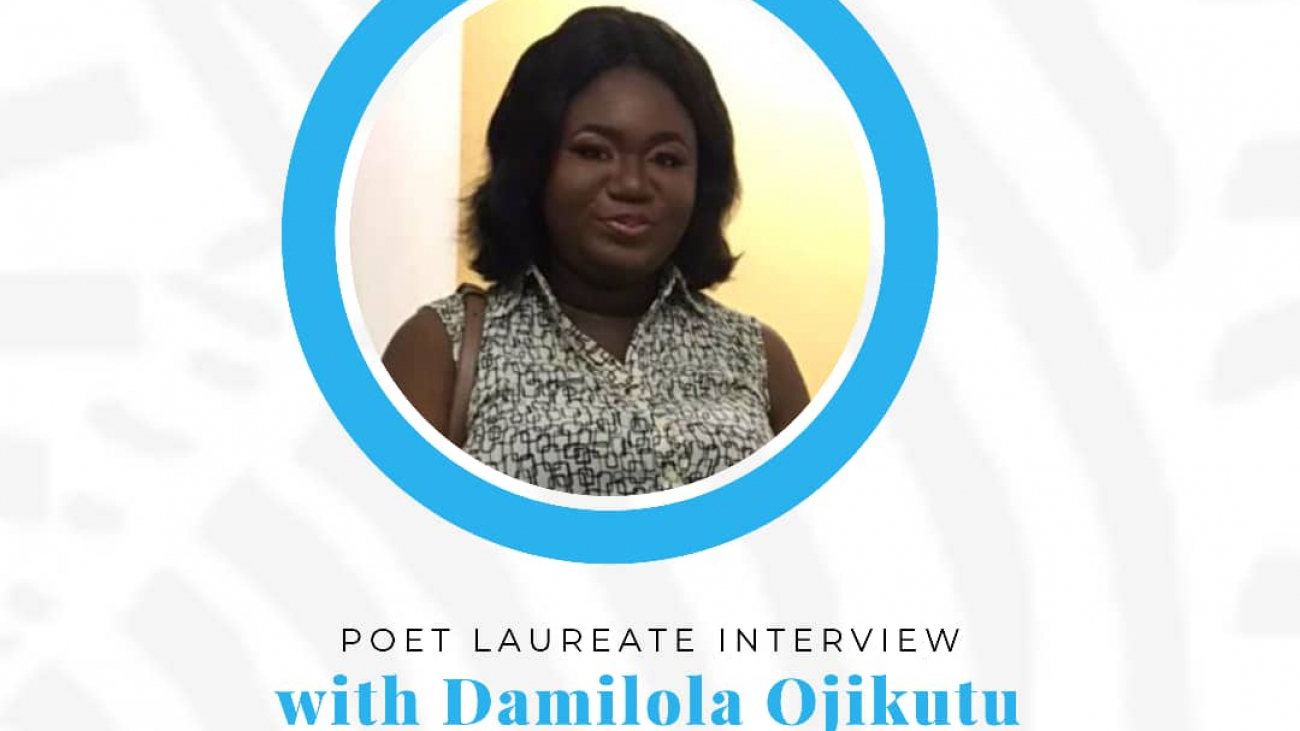 The poet laureate is easily one of our biggest events as a community. Just as the Nobel Prize is bestowed on an individual who has done exceptionally well in a particular field, with the poet laureate, we seek to honour and crown an outstanding creative every year.

We make sure that our themes border on heavy African narratives. For last year, we had “sankofa yenkyi”, a Ghanaian word from the Akan tribe that means “it is not wrong to go back for that which you have forgotten.” 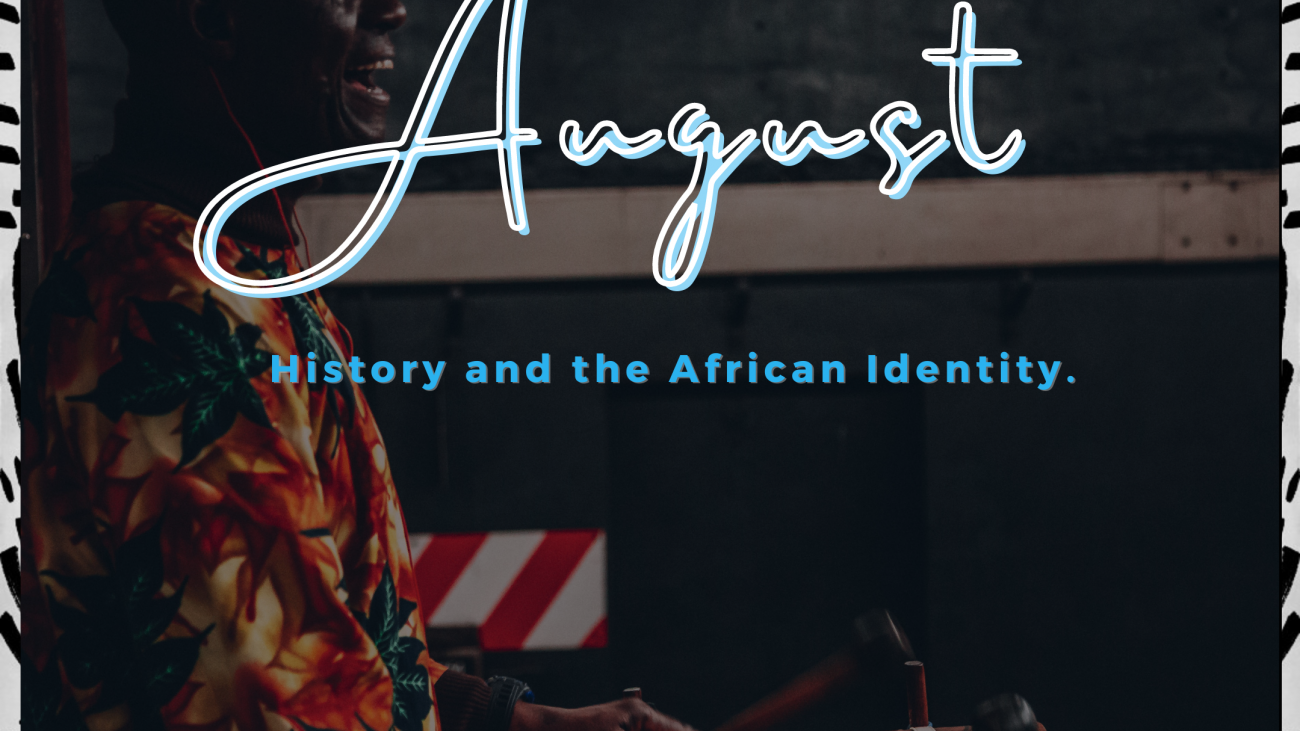 by TVOTRIBE with No Comment August: History and The African CreativesCall for Submission

Do you have reservations about the African Identity? Why do you think African History matters? Who should be the custodian of our stories and how do our identity shape our thoughts? We want you to create timeless pieces by making a blend of history and the African Identity. 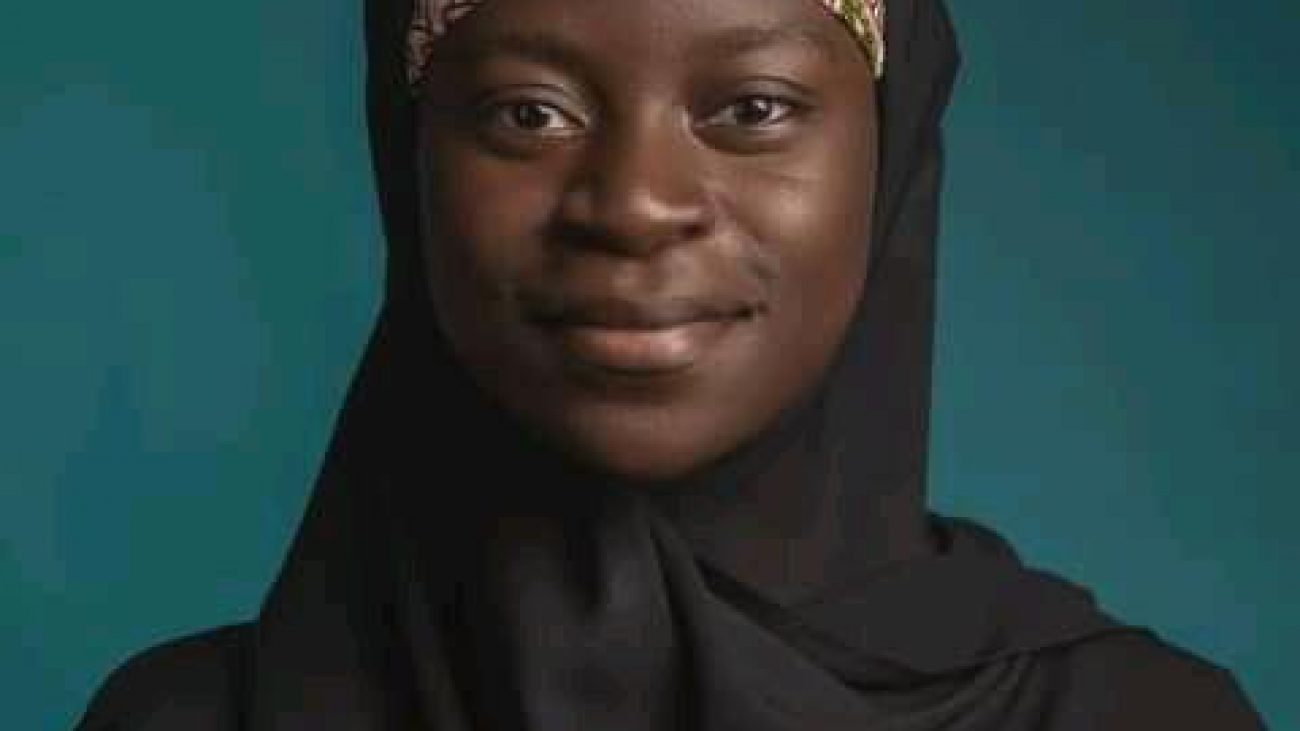 “My dad got me a poetry teacher, Paul Liam at the age of 8, to strengthen the meaning of poetry on top of my soul and to help with the foundation. After that coach, I gathered 30 poems suitable for publication. My dad published the book when I was 10 years old.”- Zakiyya Dzukog 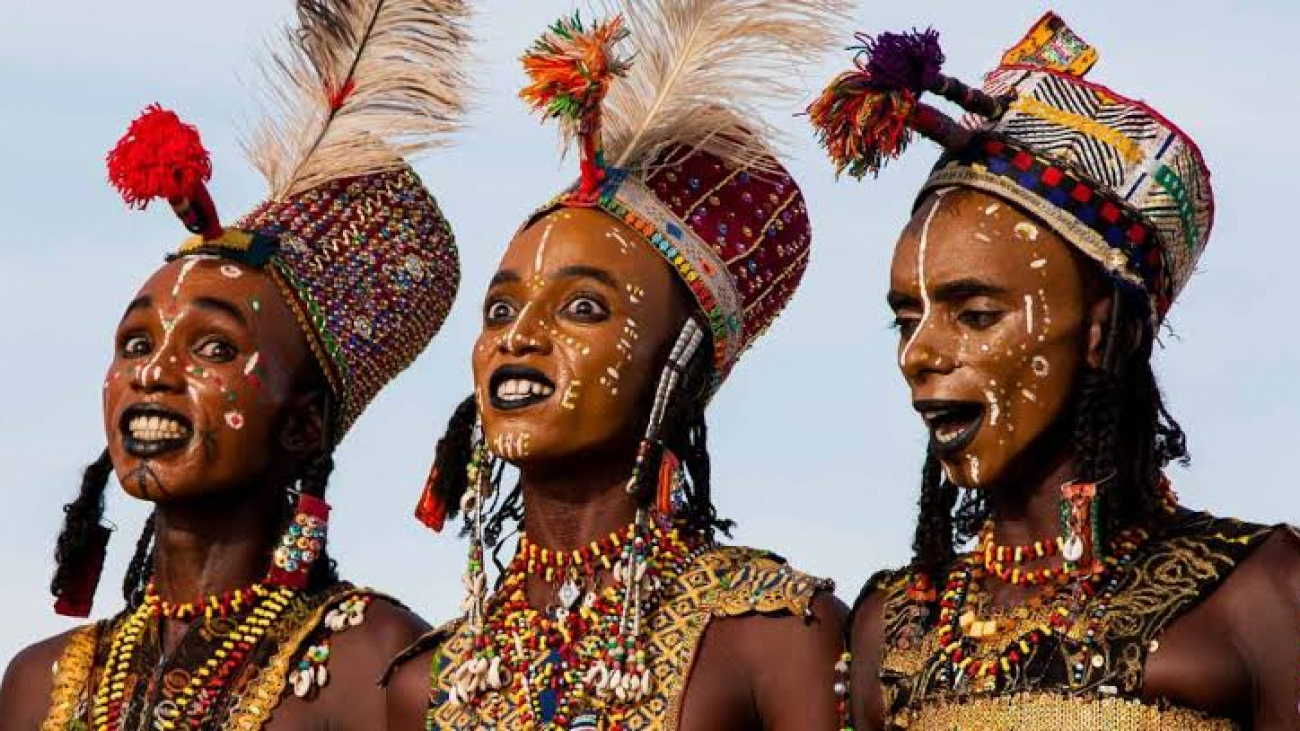 Africa is likened to a woman, who dresses her keratin-rich, strong and dark hair in a way where a part is plaited round and the remaining part of the hair is left free-flowing. 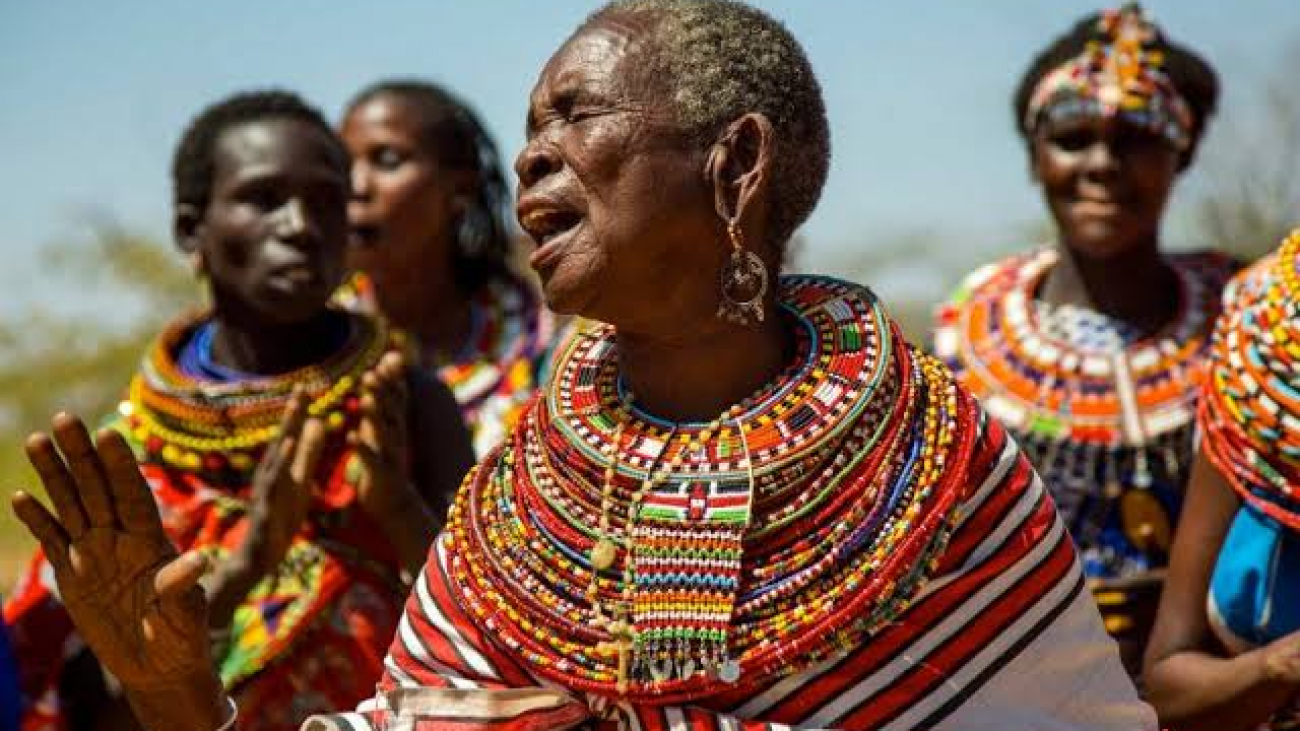 If we had been asked again at this point if we thought being male or white would have made us happier, we would have responded in genuine puzzlement at what that strange vague word “happy” implied. 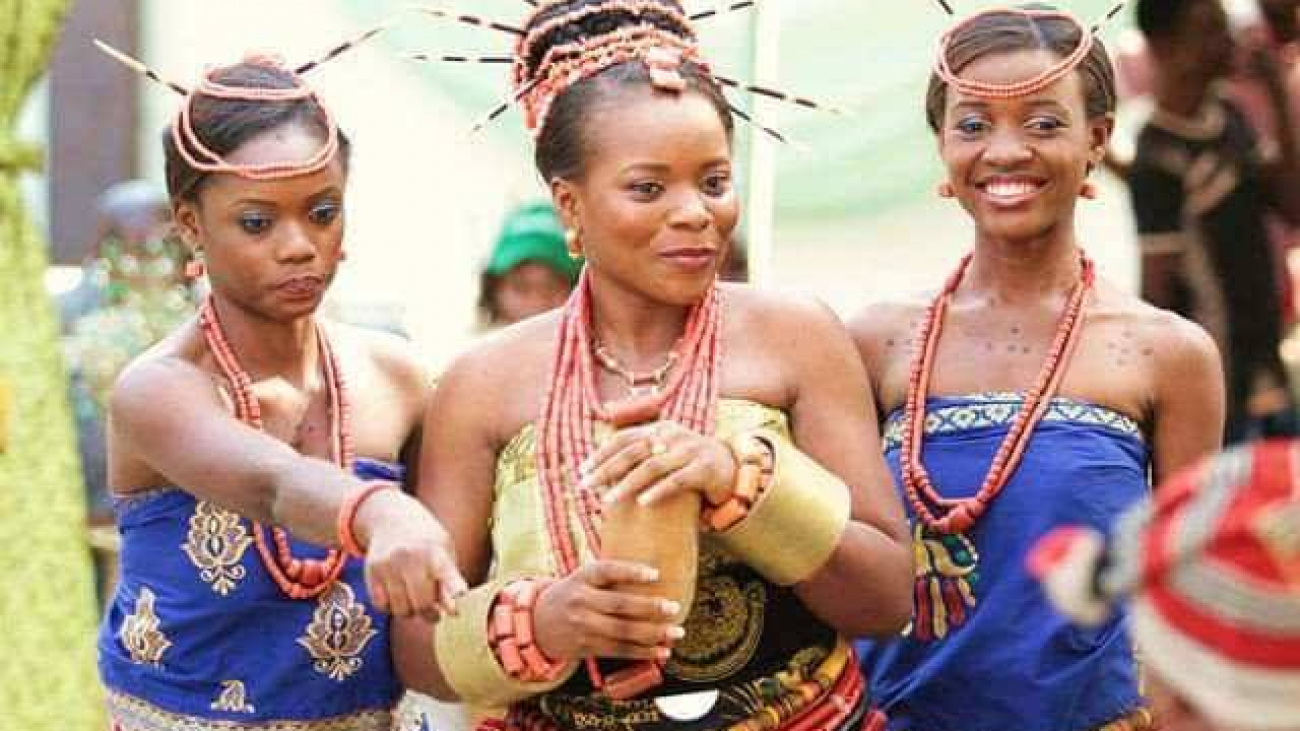 The origin of marriage in Africa is as old as the folklores told at the village squares to young offsprings.” —— Soyoye Testimony.

In Africa, marriage is regarded as a pivotal part of our culture, and just like every other component part of this culture, there are rules, traditions, and rites to follow. Though every marriage culture, rites and processions differ amongst the diverse ethnic societies, marriage is often regarded as a union that enhances positive human interactions.

An attempt to define marriage would prove difficult as there are several reasons why two individuals come together to share companionship. However, if viewed in the African way, marriage can be said to be a socially accepted union between two adults who have mutual agreements to be a couple. In most African settings, the social acceptance starts with the parents of both individuals especially in the Yoruba culture.

Sometimes we ask question; where did the first marriage in Africa take place? Who were the couples and how did the marriage rites go? These questions might be difficult to answer as we have not been able to establish definite answers to this. It is however important to note that the origin of marriage in Africa is as old as the folklores told at village squares to the young offspring.

Close your eyes and imagine; a couple holding each other’s hand and making their plans on how they would go meet their parents to profess their intentions to them. For this to happen there are several rites to follow.

Let us consider the Yoruba culture. The lady takes her fiancé to go meet her parents, both of whom shall drill the young man until they have seen him beyond the surface. If he passes this stage, as it were then, the young man would be required to go and inform his parents of his plans. After thus comes the “know me and let me know you stage” which in Yoruba is called “mọ mí n mọ é.” This is the stage where both the bride’s and the groom’s family meet and they discuss several topics and get to know each other’s background.

“One can have a bad partner but a wicked in-law one must run away from.” ——Yoruba Adage.

What comes next after the introduction stage, of course, is the engagement ceremony otherwise known as the traditional marriage. Both parents of the bride and the groom picks a dress code or color code and the couples are dressed in beautiful and lovely traditional attires. In the olden days, the aso-oke was widely used, some still does, but not in all marriages now. The venue which is most times the bride’s house is well decorated to suit the occasion. Families, friends, and well wishers are invited to grace the occasion.

The procession begins with several activities. The groom family tells the bride’s family how they have found a flower which is the bride in their house and they have come to pluck her. The groom is also asked to choose his wife amongst veiled ladies presented, which most times, the bride is not’t always present. The new bride is brought in with singing, dancing and having her face covered. There is the prayer session — prayers for the bride, for fertility and for both the couples — the bride cries, and other mushy emotional moments.

After that moment is the payment of dowry and presentation of required gifts by the groom’s family. Everything is done mostly within a day, some influential and big traditional marriages do span for a couple of days, and depending on the traditions to be fulfilled. Marital rites in Africa is an upheld tradition that must be followed duly. Therefore, if you wish to marry an African, or you’re already planning to, I better advise you to actively count your cost.

Bio
Soyoye Testimony is a reader, writer, poet and a budding linguist. She has a flare for African literature and believes in preserving and promoting the African heritage.
She volunteers at TVO TRIBE and interns at Campus Community Network. She believes in being hardworking, disciplined and goal oriented. She is on Instagram @tessiemoney 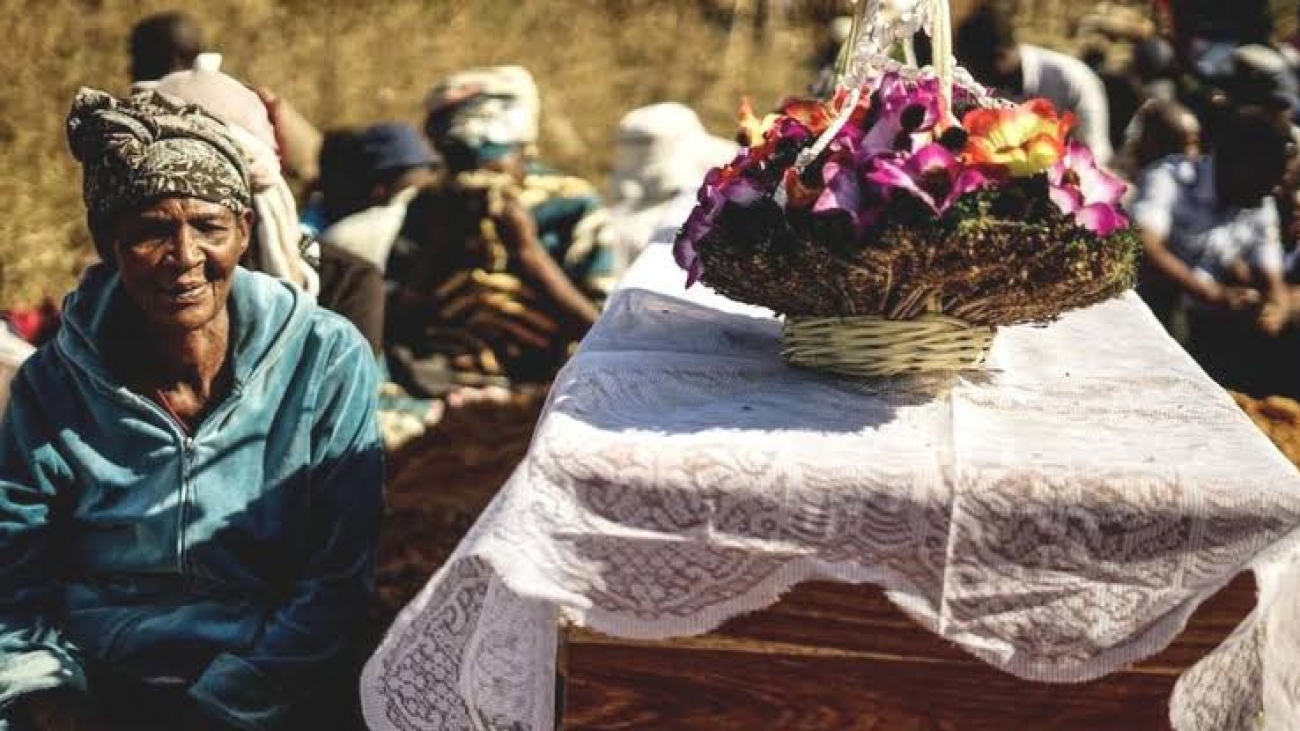 Marry a white person, you’ll only have to buy a casket and mark a plot in the cemetery!